Ninety years ago women were allowed to take up civil posts for the first time. The Sex Disqualification (Removal) Act, 1919, was introduced at the time when women were still restricted from taking a full part in civil life, despite their partial enfranchisement in 1918. The Act enabled women to enter a legal profession and the civil service and to become jurors. In a broad opening statement it specified that “A person shall not be disqualified by sex or marriage from the exercise of any public function, or from being appointed to or holding any civil or judicial office or post, or from entering or assuming or carrying on any civil profession or vocation”. 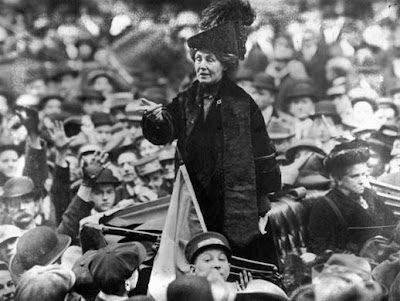 The Act provide employment opportunities for individual women and many were appointed as magistrates, but in practice it fell far short of the expectations of the women’s movement. Senior positions in the civil service were still closed to women and they could be excluded from juries if evidence was likely to be too “sensitive”.Coupled with hostile attitudes to their employment at a time of economic crisis, this placed obstacles in the way of women and reduced the efficacy of the legislation.

Here we will give a short list of six women, who have had a pioneering role in the history of women’s emancipation.

First woman to hold public office in the United Kingdom

Between 1909 and 1915 Georgina Frost assisted her father in his work as a petty sessions clerk in County Clare. On her father’s retirement, Frost was elected by the local magistrates to succeed to the post. However, the appointment also required approval from the lord lieutenant, and he was advised that Frost, as a woman, could not lawfully be appointed to the office. Frost then embarked on a campaign to overturn the decision.
Her case was heard in the Irish high court where it was determined that she was ineligible, with the verdict upheld at appeal. The decision was based in part on the common law rule that women could not be appointed to public office – the judges citing the “painful and exacting” demands of such work.

Despite a majority ruling, the lord chancellor of Ireland made it known that neither statute nor common law should prevent the appointment, and Frost was encouraged to take her case to the House of Lords.
By the time the case was listed for hearing, in April 1920, the Sex Disqualification Act had removed the legal bar and Frost was duly appointed, becoming the first woman to hold public office in the UK. She retained the position until 1923, when the office was abolished

After legal training at Edinburgh University, Margaret Kidd had intended to enter the diplomatic service. Despite the passing of the Sex Disqualification (Removal) Act, this was not considered possible and her father – a much respected solicitor and MP – advised her to go to the Bar and “have fun”.
In July 1923 Kidd became the first female member of the Faculty of Advocates, the Scottish Bar. Between 1923 and 1948 she remained the only female advocate. Kidd specialised in family law and was widely recognised for bringing a new dimension to established problems. Following her father’s death in 1928, she contested his parliamentary seat as a Unionist, but lost to Labour’s Manny Shinwell.
Kidd was subsequently the first female advocate to appear before the House of Lords and before a parliamentary select committee. In 1948 she had the distinction of becoming the first female King’s Counsel in Britain. 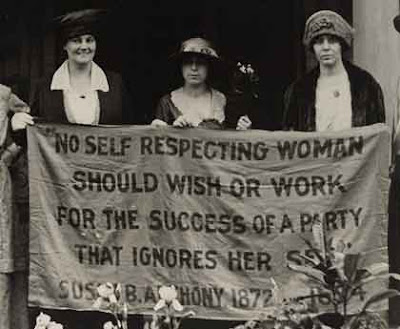 In January 1922 Ivy Williams joined the Inner Temple. Then aged 42, she had studied law at Oxford and London 20 years earlier but – because of restrictions on female students – had not received her degree from Oxford until 1920. In May 1922 Williams became the first woman to be called to the English Bar. Her appointment marked the end of a lengthy campaign for women to be recognised by the legal profession.
Writing in 1904, Williams had speculated on women forming “a third branch of the profession” and practising as “outside lawyers”. At the time her remarks had been dismissed as “futile” by the Law Journal, but in 1922 the same publication greeted her appointment as “one of the most memorable days in the long annals of the legal profession”.
From 1920 Williams taught for the Society of Oxford Home Students and three years later she was the first woman to receive a doctorate in civil law from the university. In 1930 she served as delegate to The Hague conference for the Codification of International Law. 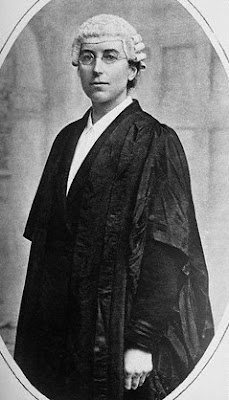 Helena Normanton was 12 years old when she decided she wanted to become a barrister. Her first application to be admitted to the Middle Temple, in 1918, was unanimously refused. Undeterred, she lodged a petition at the House of Lords. However, before the hearing, the Sex Disqualification (Removal) Act allowed women to enter the legal profession; the press attributed its enactment in large part to her campaign.
Within 48 hours of the Act becoming law, Normanton made a second application and was successful. She was called to the Bar in November 1922, a few months after Ivy Williams. Helena Normanton forged a successful legal career that included notable ‘firsts’. She was the first female counsel in cases in the High Court of Justice (1922), the first woman to obtain a divorce for a client, and in 1924 the first married woman to hold a passport in her maiden name. In 1949 she became (with Rose Heilbron) the first female King’s Counsel in England and Wales. 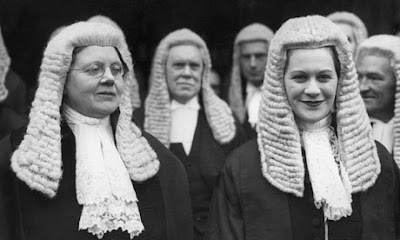 In 1920 the feminist campaigner Viscountess Rhondda launched Time and Tide. The journal fulfilled a long-held ambition during a career that included active participation in the suffragette movement and her father’s business empire.
Lady Rhondda gathered around her a distinguished group of women writers, including Virginia Woolf, Vita Sackville-West, and Dorothy L Sayers: she also promoted young female writers such as Winifred Holtby and Vera Brittain. Lady Rhondda subsidised the journal from the start, paying more than £250,000 in the course of her lifetime.
Time and Tide was her magazine: the all-female board of directors, for the most part, did her bidding. It reflected her views – liberal, feminist, egalitarian and individualist. Lady Rhondda highlighted the struggle for social and economic equality. A year after Time and Tide, she launched the Six Point Group, which pursued what she regarded as the six key issues for women, with a particular focus on child custody and on equal pay and opportunities.

In 1919 Eleanor Rathbone succeeded Millicent Fawcett as the head of the National Union of Women’s Suffrage Societies, now renamed the National Union of Societies for Equal Citizenship. In the wake of female enfranchisement Rathbone was determined that women should not simply be absorbed into the established political parties. As a political independent, she was convinced that cross-party feminist activism remained essential to women’s advancement.
Under Rathbone’s ten-year leadership, NUSEC pursued feminist reforms including equalisation of the franchise, equal guardianship of children, divorce-law reform and widows’ pensions. Yet for all NUSEC’s legislative success, the 1920s proved difficult years for feminism. Without the vote to campaign for, feminist organisations proved hard to sustain. Rathbone responded by insisting that feminists not only demand rights hitherto monopolised by men, but also begin to adapt social institutions to reflect women’s own values and work. 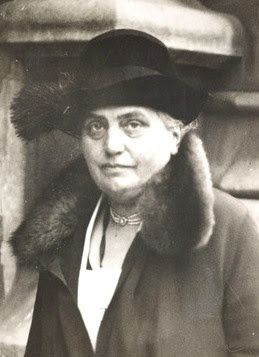 The African Expedition of Scipio