In the late 1700s, when William Wilberforce was a teenager, English traders raided the African coast on the Gulf of Guinea, captured between 35,000 and 50,000 Africans a year, shipped them across the Atlantic, and sold them into slavery. It was a profitable business that many powerful people had become dependent upon. One publicist for the West Indies trade wrote, “The impossibility of doing without slaves in the West Indies will always prevent this traffic being dropped. The necessity, the absolute necessity, then, of carrying it on, must, since there is no other, be its excuse.”By the late 1700s, the economics of slavery were so entrenched that only a handful of people thought anything could be done about it. That handful included William Wilberforce. 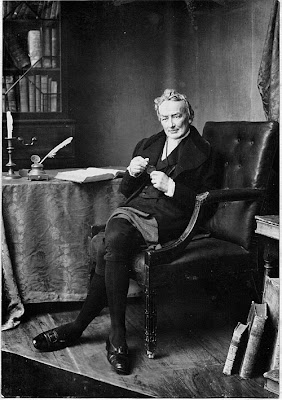 This would have surprised those who knew Wilberforce as a young man. He grew up surrounded by wealth. He was a native of Hull and educated at St. John’s College at Cambridge. But he wasn’t a serious student. A neighbor at Cambridge recalled, “When he [Wilberforce] returned late in the evening to his rooms, he would summon me to join him…. He was so winning and amusing that I often sat up half the night with him, much to the detriment of my attendance at lectures the next day.”
Yet Wilberforce had political ambitions and, with his connections, managed to win election to Parliament in 1780, where he formed a lasting friendship with William Pitt, the future prime minister. Wilberforce attended Parliament regularly, but he also maintained a lively social life, becoming an habitué of gentlemen’s gambling clubs such as Goostree’s and Boodle’s in Pall Mall, London. 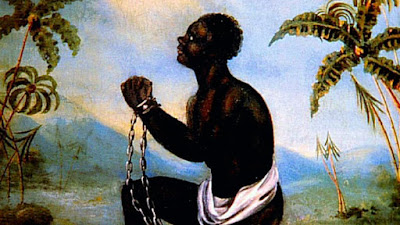 The writer and socialite, Madame de Staël, described him as the “wittiest man in England” and, according to Georgiana, Duchess of Devonshire, the Prince of Wales said that he would go anywhere to hear Wilberforce sing.In October 1784, Wilberforce embarked upon a tour of Europe which would change his life and ultimately his future career. He travelled with his mother and sister in the company of Isaac Milner, the brilliant younger brother of his former headmaster. Wilberforce’s spiritual journey is thought to have begun at this time. He started to rise early to read the Bible and pray and kept a private journal. He underwent an evangelical conversion, regretting his past life and resolving to commit his future life and work to the service of God. His conversion changed some of his habits but not his nature: he remained outwardly cheerful, interested, and respectful, tactfully urging others towards his new faith.
Inwardly, he underwent an agonising struggle and became relentlessly self-critical, harshly judging his spirituality, use of time, vanity, self-control, and relationships with others.He began to see his life’s purpose: “My walk is a public one,” he wrote in his diary. “My business is in the world, and I must mix in the assemblies of men or quit the post which Providence seems to have assigned me.” In particular, two causes caught his attention. First, under the influence of Thomas Clarkson, he became absorbed with the issue of slavery. Later he wrote, “So enormous, so dreadful, so irremediable did the trade’s wickedness appear that my own mind was completely made up for abolition. Let the consequences be what they would: I from this time determined that I would never rest until I had effected its abolition.”Wilberforce was initially optimistic, even naively so. He expressed “no doubt” about his chances of quick success. As early as 1789, he and Clarkson managed to have 12 resolutions against the slave trade introduced—only to be outmaneuvered on fine legal points. The pathway to abolition was blocked by vested interests, parliamentary filibustering, entrenched bigotry, international politics, slave unrest, personal sickness, and political fear. Other bills introduced by Wilberforce were defeated in 1791, 1792, 1793, 1797, 1798, 1799, 1804, and 1805. 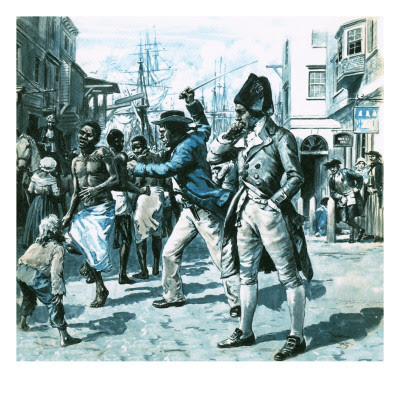 Wilberforce is witnessing cruel slave treatment
Slavery was only one cause that excited Wilberforce’s passions. His second great calling was for the “reformation of manners,” that is, morals. In fact, Wilberforce was at one time active in support of 69 philanthropic causes. He gave away one-quarter of his annual income to the poor. He fought on behalf of chimney sweeps, single mothers, Sunday schools, orphans, and juvenile delinquents. He helped found parachurch groups like the Society for Bettering the Cause of the Poor, the Church Missionary Society, the British and Foreign Bible Society, and the Antislavery Society.Wilberforce’s health was continuing to fail, and he suffered further illnesses in 1824 and 1825. 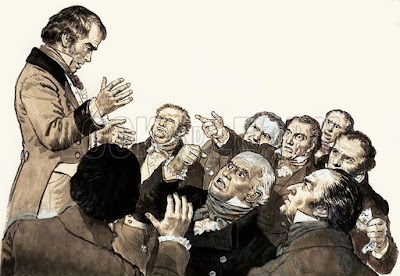 In 1826, Wilberforce moved from his large house in Kensington Gore to Highwood Hill, a more modest property in the countryside of Mill Hill, north of London, where he was soon joined by his son William and family. William had attempted a series of educational and career paths, and a venture into farming in 1830 led to huge losses, which his father repaid in full, despite offers from others to assist. This left Wilberforce with little income, and he was obliged to let his home and spend the rest of his life visiting family members and friends.On 26 July 1833, Wilberforce heard of government concessions that guaranteed the passing of the Bill for the Abolition of Slavery. The following day he grew much weaker, and he died early on the morning of 29 July at his cousin’s house in Cadogan Place, London. Five years after his death, sons Robert and Samuel Wilberforcepublished a five-volume biography about their father, and subsequently a collection of his letters in 1840. 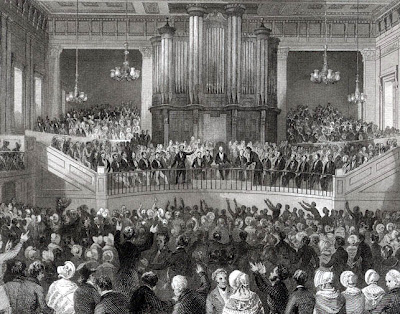 The ancient city of Petra