Anastasia Romanov born June 18,1901 to the Tsar Nicholas II of Russia and his wife Alexandra Fyodorvna was the youngest daughter of the four daughters the couple had. Anastasia was the younger sister of Grand Duchess Tatiana, Grand Duchess Maria, and Grand Duchess Olga her only brother was Alexei Nikolaevich, Tsarevich of Russia. The claim is that on July 17, 1918 she was murdered with her entire family by the Bolshevik secret police.

Rumors continued to fly about the possibility of her survival due to nobody being able to clearly identify where her body had been located. The mass grave had been revealed in 1991 however only the mother, the father and three daughters had been located. The body of Alexei and one of his sisters had not been located.
In 2008 the Russians made claim that her possible survival had been disproved and that the remains of a young boy and a young girl’s charred remains had been located near Ektarinburg in 2007 and that fact was they were the remains of Alexei and one of his four sisters. In March 2009 Michael Coble of the USAF DNA identification laboratory stated that all sister’s had been accounted for and that nobody survived. Isn’t this questionable? Did they run tests on the young boy to prove in fact that he was Alexei? Or was it a burial ground for two unidentified children?

Everyone knows the story of the murder of the Romanovs. On the night of July 16, 1918, at the height of the Russian civil war, Tsar Nicholas II, his wife, Alexandra, their daughters, Olga, Tatiana, Maria, and Anastasia, and their son, Alexei, were herded together with four of their servants into the cellar of the Ipatiev house in Ekaterinburg, 850 miles east of Moscow, where they were being held prisoner, and shot by their Bolshevik captors. The murder was savage, appalling in its cruelty, and notable for a complete lack of coordination among the assassins. It was later discovered that the four grand duchesses were wearing special corsets into which jewelry had been sewn — an immense fortune in precious stones, which acted as a shield and robbed the girls of a quick and painless death. A number of the victims allegedly had to be stabbed and clubbed to death when gunfire failed to kill them. A Soviet memorandum, secret till 1989, refers to “the strange vitality” of the tsar’s son and the unsteady nerves of at least one of the killers, whose “long ordeal with the armored daughters” rattled him more than he cared to admit. Rumors arose and persisted for years that not all of the family had died in the slaughter, but historians generally dismissed these tales as romantic wishful thinking, made more compelling because the bodies of the Romanovs had never been found.

“The world will never know what became of them,” a Bolshevik commissar is supposed to have boasted after the slayings. The Soviet Union’s public silence on the matter was the most tantalizing (and confusing) factor in the whole affair. In the early 1920s a White Russian monarchist investigation team, writing in exile, concluded that the corpses had been cut into pieces after the murder, burned on bonfires, dissolved in acid, then tossed down an abandoned mine shaft. Many were unconvinced, but there seemed no alternative explanation. A suit for legal recognition brought in Germany by Mrs. Anna Anderson, the woman who claimed to be Anastasia, the tsar’s youngest daughter, dragged on for nearly 40 years and ended in a draw when the West German Supreme Court left the case unresolved: judicially, the claim was neither established nor refuted.

With the official discovery of the larger mass grave in 1991, and subsequent DNA testing to confirm the identities of the Tsar, the Tsarina, and three of their daughters – doubt persisted that these remains were in fact those of the Romanov family. In the summer of 2007, a group of amateur archeologists discovered a collection of remains from the second grave approximately 70 meters from the larger grave. We report forensic DNA testing on the remains discovered in 2007 using mitochondrial DNA (mtDNA), autosomal STR, and Y- STR testing. Combined with additional DNA testing of material from the 1991 grave, we have virtually irrefutable evidence that the two individuals recovered from the 2007 grave are the two missing children of the Romanov family: the Tsarevich Alexei and one of his sisters.

By that time, Mrs. Anderson was living in Charlottesville, Virginia, where she had married a local historian and genealogist and where she died in 1984 in circumstances of extreme eccentricity. In the summer of 1973, she was still compos mentis — brisk, commanding, and charming in unguarded moments, although she had already begun to dress in bag lady style and was irritating her patrician neighbors in the Old Dominion with mongrel dogs, overgrown shrubs, unmowed lawns, and dozens of stray cats. She was the only claimant to Anastasia’s name and title anyone really took seriously, the woman around whom all the legends were born and controversy never ceased to howl. 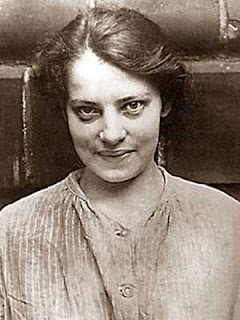 On the end of the whole process, Japanese scientists have examined the remains that were buried in St. Petersburg in 1998 and concluded that they do not belong to the Romanovs, Gazeta reports.

Kitozato Tatsuo Nagai, the director of the Japanese Institute of Forensic Medicine and Science, informed the Russian Orthodox Church about the examination’s results. Unlike previous researchers, the Japanese group had a handkerchief with traces of Nicholas II’s blood and sweat at their disposal. In 1997, Dr. Nagai published the results of comparing the DNA from the handkerchief with the DNA of the remains discovered in Yekaterinburg. On this occasion, scientists compared the DNA of the czar, his nephew Tikhon and the buried remains for the first time. The Moscow Patriarchate’s Web site reads that the examination “rejects the position of the state committee that in 1998 officially recognized the bones found near Yekaterinburg as the remains of the czar’s family.”

“There is no reliable evidence about the location of the real remains,” said Archpriest Vsevolod Chaplin, deputy chairman of the Patriarchy’s foreign church relations department.

Boris Nemtsov, a member of the Union of Right Forces’ federal political council, who chaired the committee in 1998, disagrees with the Church. The committee used relied on examinations conducted in Great Britain and the US, he says. The final conclusion was made after a test on expensive equipment, now kept at Defense Ministry Laboratory 122 in Rostov-on-Don, which has since been used to identify victims of the Beslan tragedy. This allowed scientists to declare that the remains were authentic with a 99.999999999% degree of accuracy.

Most of the Romanov line’s descendants agree with the Russian Orthodox Church that the remains buried in St. Petersburg do not belong to the czar’s family. Only Prince Dmitry Romanovich attended the burial in 1998. “For me it is not important whether it is them or not, for me it is a feeling, a symbol of the past,” he said at the time.

What is the right way to teach history in British schools?

When and where was the trebuchet invented?