Brace yourself for a barrage of “salty dogs,” “scallywags,” and “swabbies.” Monday is International Talk Like a Pirate Day, a parody holiday and general nerdfest ginned up on an Oregon racquetball court in 1995 to honor buccaneer speech of the 17th and 18th centuries. 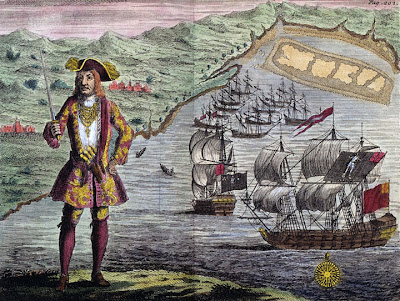 But did pirates really “arr” and “avast” all the time? Probably not, experts say, though it’s tough to say exactly how most so-called “Golden Age pirates really talked.“There isn’t much in the way of scientific evidence in regards to pirate speech,” said historian Colin Woodard, author of The Republic of Pirates: Being the True and Surprising Story of the Caribbean Pirates and the Man Who Brought Them Down. 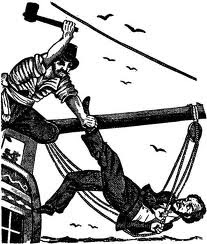 There are no audio recordings of pirate speech, after all. And witnesses are known to have written down only a small set of quotes of pirate phrases, Woodard said via email.

There is also “almost nothing written by pirates themselves, with the exception of educated people who ‘went pirate’ and, therefore, probably didn’t exhibit pirate speech patterns,” Woodard said.

Pirate Talk Brought to You by Disney?

Most scholars think English-speaking Golden Age pirates spoke exactly the same as English-speaking merchant sailors of the time, since large numbers in both groups tended to be from riverfront neighborhoods around London, he said. 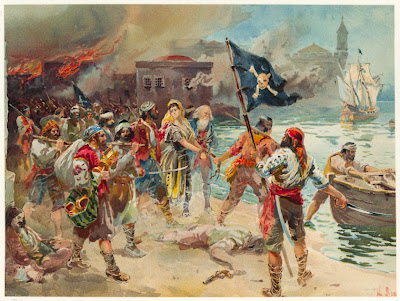 Many of the phrases that most people think of as pirate speech today can actually be traced back to the 1950s Disney movie Treasure Island, starring Robert Newton as fictional pirate Long John Silver.
“Newton’s performance—full of ‘arrs,’ ‘shiver me timbers,’ and references to landlubbers—not only stole the show, it permanently shaped pop culture’s vision of how pirates looked, acted, and spoke,” Woodard said.

“Afterwards, Newtonesque pirates were everywhere, from Captain Hook to Captain McCallister of the Simpsons series.”

According to Woodard, Newton based his pirate talk in the film on the dialect of his native West Country in southwestern England, which just happened to be where Long John Silver hailed from in the Treasure Island novel. 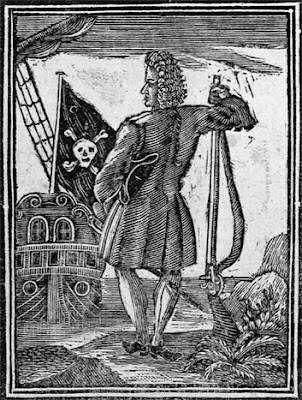 In the English West Country during early 20th century, “‘arr’ was an affirmation, not unlike the Canadian ‘eh,’ and maritime expressions were a part of everyday speech,” he said.

But while many pirates and mariners did hail from the West Country—so you might have heard an “arr” here or there—most did not, so the majority of pirates almost certainly didn’t speak like Newton’s Silver, Woodard added.

“The Golden Age pirates … included large numbers of Scots, Irish, Africans, and French, as well as a smattering of Dutchmen, Swedes, and Danes. Of those of English origin, the largest number were probably from London,” where the dialect differed from that of the West Country, Woodard said. 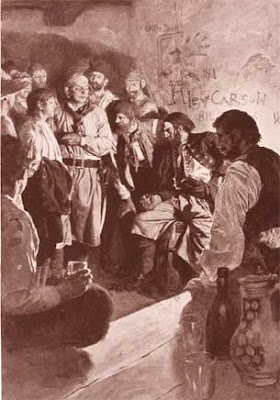 One thing you can be sure of is that no pirate ever sent some traitorous hornswoggle to Davy Jones’s locker by commanding him to walk the plank. That punishment, he said, is pure Hollywood.