For over 2000 years the history of the Jews has combined external dispersal with internal cohesion. The decisive dispersal of the Jewish people took place under Rome. Although the Jewish revolts of AD 66 – 73 and 132 – 5 and their vigorous supression by the Romans, as well as Hadrian’s measures to de –Judaize Jerusalem, caused rapid deterioration in the position of the Jews in Judaea, elsewhere in the Roman world their legal and economical status and the viability of their communities remained unaffected. 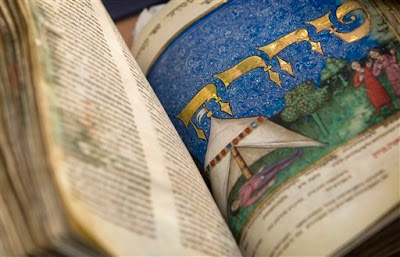 This stimulated a constant flow of migration from Palestine, Mesopotamia and Alexandria to the western and northern shores of Mediterranean. Consequently, widely scattered by internally cohesive Jewish communities developed all over the west and north of the Roman empire: in Italy, in Spain and as far north as Cologne. The Cairo community was a major element in Mediterranean commerce and has left its detailed records (the Cairo ‘Genizah’) of life there during the Middle Ages.
Medieval Jewry and the expulsion

The resilience of Judaism can be chiefly ascribed to the evolution of the Jewish religion following the destruction of the First Temple in Jerusalem in 586 BC, and the gradual emergence of a faith based on synagogue and communal prayer. New local leaders of Jewish life, the men of learning, or rabbis, emerged. Jewish religious and civil law was gradually codified in the Mishnah (AD 200) and the commentary and discussions systematized as the (AD 500).

During the High Middle Ages Jews from the Near East and north Africa settled in southern Italy, Spain, France, and southern Germany. They flourished in Spain under the first Umayyad caliph of Cordoba, ‘Abd ar-Rahman III (912–61), and continued to play a major role in society, learning and commerce until 1391. Despite the massacres which attended the First Crusade in the 1090’s, the 11th and 12th centuries constitute the golden age of medieval German Jewry.

A series of expulsions from western Europe, beginning in England in 1290, led to a steady eastwards migration of German Jews (Askhenazim) to Prague (from the 11th century) and Vienna. Jewish communities arose in Cracow, Kalisz, and other towns in western and southern Poland in the 13th century and, further east, at Lvov, Brest-Litovsk, and Grodno in the 14th century. The period of heaviest immigration from the west into Poland-Lithuania came in the late 15th and 16th century. Most of the expelled Spanish and Portuguese Jews (Sephardim)settled in the Ottoman empire and north Africa, though in the late 16th century a trickle migrated to Rome and northern Italy.

The revival of Jewish life

After the disruption of the Thirty Years’s War (1618-48), Jews from eastern and central Europe, as well as Near East, were once again able to settle, usually in ghettos, with the permission of both trading cities and princely governments, in northern Italy, Germany, Holland, and, from the 1650s, in England and the English colonies in the New World (Caribbean and then North America).

Small groups also migrated from Germany to Denmark and Sweden. In the central European cities of Vienna, Berlin, Hamburg and Budapest, Jewish communities grew considerably during 18th and 19th centuries and made a major contributions to the development of their countries, in particular engaging in financial enterprises forbidden to Christians.

During the 17th and 18th centuries, some of the largest and wealthiest, as well as culturally most sophisticated, communities in the Jewish world lived in Amsterdam, Hamburg, Frankfurt, Livorno, Venice, Rome, Berlin and London. Amsterdam’s Jews were especially important in the areas of commerce, finance, printing and book production.

Nevertheless until the 1940s by far the greater proportion of world Jewry continued to live in eastern Europe. The small Jewish populations in Hungary and Romania in 1700 increased in the 18th and 19th centuries through immigration from Poland and the Czech lands. Under the tsars, the bulk of the Jewish population in the Russian empire was confined by law to western areas (the ‘Pale of Settlement’).

The demographic preponderance of eastern Europe in world Jewry ended with the Nazis: Jewish life in Poland, Czechoslovakia and the old Pale of Settlement was largely destroyed though significant Jewish populations survived in USSR, Romania, Bulgaria and Hungary.