The public transport at the beginning of 17th century was almost non-existent. If you wanted to risk your life, you could take a ferry across or along the Thames in London, but the watermen were notoriously rude, the river was effectively an open sewer, and the boats occasionally sank. Rich people had horses to ride and carriages to be carried in, but everyone else had to walk. All that was to change in 1643, when a Captain Baily, who had once sailed in the fleet of Sir Walter Ralegh, launched a fleet of his own. 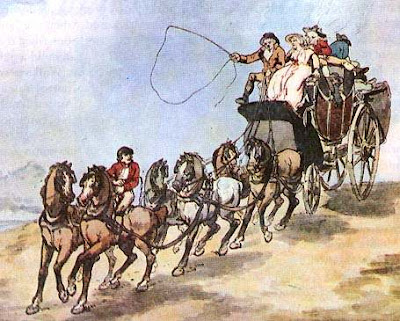 Captain Baily bought four horse-drawn carriages, set up a table of standard fares, and employed uniformed drivers. Their instructions were to wait for customers in a rank in The Strand, next to a big maypole: the London taxi had arrived. 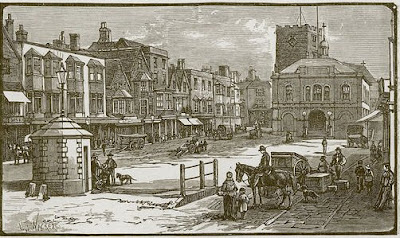 The carriages were pulled by huge ambling nags, known in Flemish as hacquenees, and so became known as hackney carriages. The fares were standardized at 6d (2 and a half p) per mile for journeys up to 6 miles, and for longer journeys 1 pound a day for four-horse carriage or 10 shillings (50p) a day for a two-horse carriage. Captain Baily’s idea was such a success that it was soon taken up by dozens of other coach owners, and at any time there could be twenty cabs vying for trade. By the end of the century licences had been issued for 700 hackney carriages in London. Today there are some 20,000. 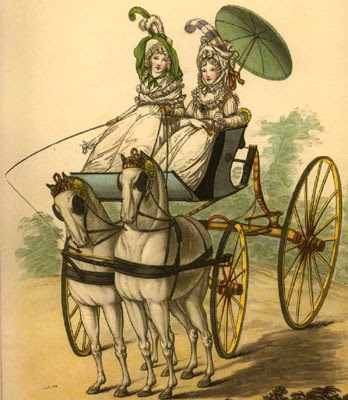 However, there were some unseemly incidents. In 1694 a group of women, masked and in a party mood, hired a coach and charged around Hyde Park. They behaved so disgracefully that cabs were completely banned from the park – and they weren’t allowed back in until 1924.

It would have been difficult enough for hackney carriages to negotiate London’s crowded, narrow streets during the day, but even worse by night. There was no lightning, so the streets would be pitch dark, also making it hazardous for any pedestrian venturing out. Then in the mid 1860s Edmund Heming was granted a patent giving him an exclusive right to light the streets. His plan was to light an oil lamp on every tenth house on every moonless night from Michaelmas (29 September) until Lady Day (25 March). 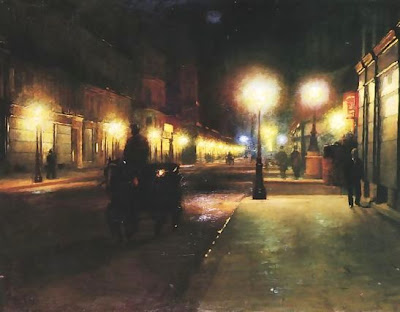 He started with Kensington Road. He also offered to provide lights for stables, mines, yards, and coaches that travelled late at night. Worried that his workmen would be bribed by his enemies, who wanted to take over the business, he tended all his lights himself, both at midnight and in the early hours of the morning – which came close to killing him. he was never became rich, since rivals stole his idea without paying him, but he was the first to provide street lightning.

The only form of transport outside the city was the coach. Unless you rode a horse. There were many of coaches in the early 1600s, and most of those on the roads were private. However, in the summer of 1657 three enterprising men organized a regular coach service from London to Chester. According to their advertisments, you could get on the coach at Aldersgate on Mondays, Wednesdays and Fridays, and travel to Coventry in two days for 25 shillings (1.25 pounds), to Stone in three days for 30 shillings (1.50 pounds), and to Chester in four days for 35 shillings (1.75 pounds). 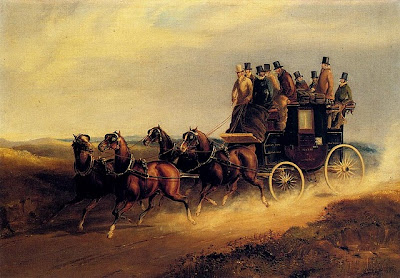 The journey in those days was not for the faint-hearted. The coach was uncomfortable and smelly; you were jammed in and hardly able to move. The wooden benches were hard, your feet were in muddy straw. The roads were terrible, and so the ride was extremely rough; you might easily get sick. There was no heating or cooling – apart from the open windows – so that you would freeze in winter and cook in summer. A vicar called Edward Parker complained bitterly after his journey in 1663:
“My journey was noe way pleasant. This travell hath soe indisposed mee, that I am resolved never to ride up againe in ye coatche. I am extremely hot and feverish”. 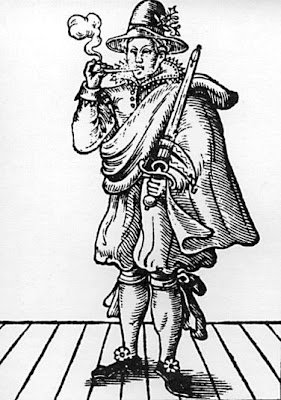 Once the stage-coaches had adopted regular timetables the robbers have also became regular on the coach routes. One of the most notorious was a highwaywoman, Moll “Cutpurse” Firth, who was said to be foul-mouthed, incredibly ugly, and to dress like a man.She became infamous in her own lifetime, and had a play written about her, called “The Roaring Girl”. 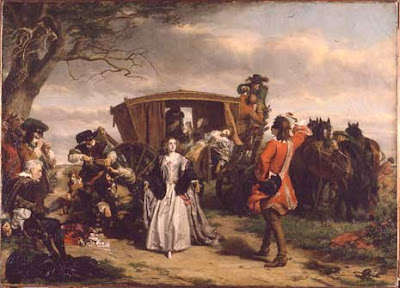 In the 17th century problem of transport occupied some of the greatest scientific minds; Christopher Wren and Robert Hooke spent at least one whole afternoon discussing transport at the Royal Society, especially the state of the roads. They had hardly been touched since the Romans had left more than 1,000 years before; so they were rutted and bumpy, pot-holed dirt tracks, quagmires in winter and rocklike in summer. In 1663 the Turnpike Trust began, with the aim of collecting tolls from the road users and spending the money on repairs.However, they had little impact for hundred years. 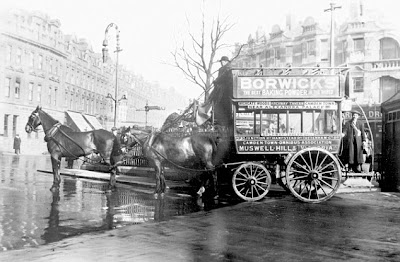 Inside the Third Reich

Napoleon: Saint, Sinner or Both?