Caerphilly Castle rests within the rolling hills north of Cardiff, a concentric masterpiece with a fully flooded moat. The tremendous size of the castle and its two lakes makes Caerphilly the largest in Wales and the second biggest in Britain. 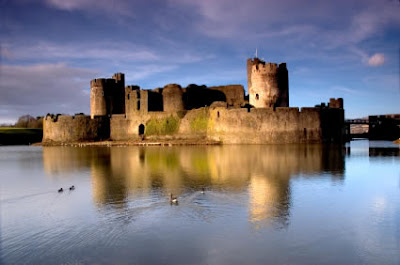 Built by marcher lord Gilbert de Clare between 1268 and 1271 as a response to the growing threat of Llywelyn ap Gruffudd, the castle served as an effective defence against the Welsh.
It eventually fell into disrepair, causing the antiquary Leland to describe it as a ruin in 1539. Some damage has certainly been done to the castle, particularly to its leaning tower, which Cromwell may have attempted to destroy with gunpowder during the Civil War. 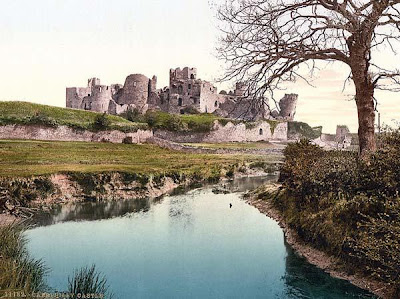 Caerphilly was later restored by the great medievalist, the Third Marquess of Bute in the latter half of the 19th century, to be completed at last in the 1960s. On the central island the 14th-century banquet hall is in superb condition, showcasing towering windows, carved corbels, and the coats of arms of previous owners.
Enjoy long walks around the well-tended grounds which offer beautiful panoramic views of the castle. 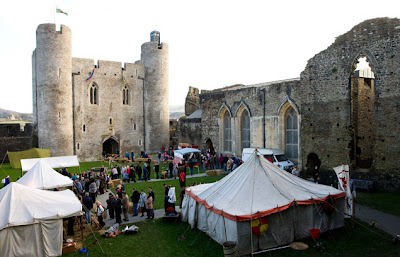 Caerphilly Castle also boasts replica parapets and working siege engines. War enthusiasts and children should certainly take in the medieval siege experience with this full scale, operational weaponry which is always on display and demonstrated for visitors several times per year. 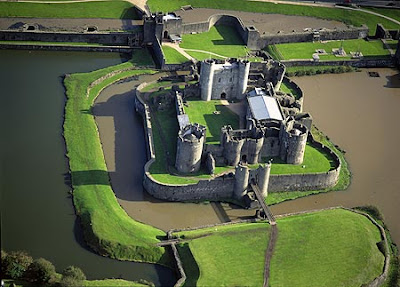 Once attacked but never taken, Caerphilly Castle is an example of the medieval war machine at its best. 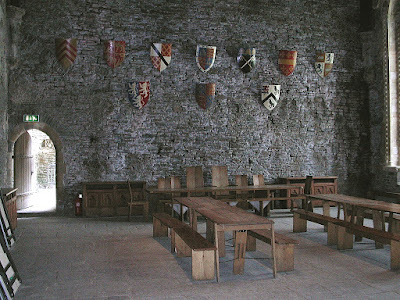 Caerphilly Castle’s Illuminata 2011 event will take place from the 9th to 11th December, coinciding with the town’s Christmas Medieval Market on the 10th and 11th. 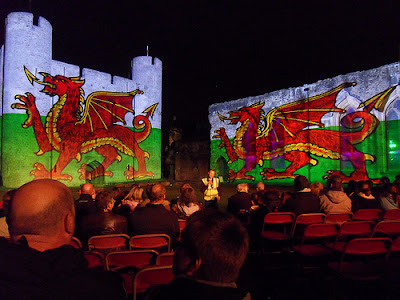 The Illuminata spectacular will see the castle bathed in light for a twice nightly sound and light show. Reflecting the past of the Welsh stronghold, four eras in Caerphilly’s long history will be projected onto the castle walls. Film showings will be at 5.30pm and 6.30pm, with doors opening at 5pm.
Groups wishing to make a night of it can enjoy an evening of feasting and entertainment in the castle’s Great Hall as the medieval banquet gets underway. The banquets will be held each night following the second Illuminata showing. 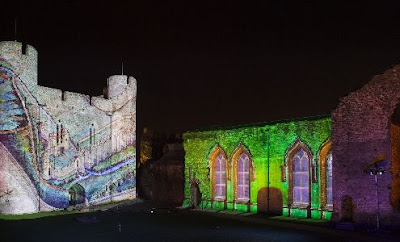 Caerphilly’s Christmas Medieval Market is to take place from 10am until 4pm, as a host of stands selling seasonal produce take over the town centre. Each morning costumed characters will make their way from the town centre to the castle, where visiting groups can enjoy medieval entertainment with jesters, musicians and craftsmen.