The Foundation and the Rise

Founded in the early 16th century, the Mughal empire was at its height from 1550s to the 1650s, preceding over a golden age of religious cooperation and cultural synthesis. But in the 18th century it rapidly disintegrated, with the British emerging as the victors over the French and the Maratha Hindus in the struggle for the succession. 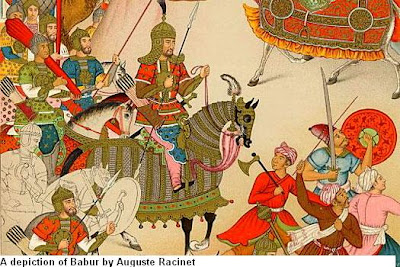 In the 1520s Babur, who counted both Genghis Khan and Tamerlane (read more) among his ancestors, invaded India from Afghanistan. After defeating the Lodi sultan at Panipat in 1526, he began the establishment of the Mughal empire, but died before foundations were secure.His son, Humayun, was expelled by the Afghans of Bihar  under Sher Shah and it took a full-scale invasion, brilliantly consolidated by Babur’s grandson, Akbar (1556 – 1605), to restore Mughal rule. 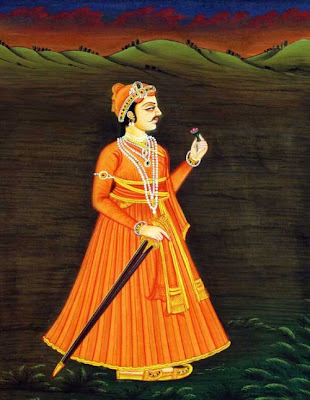 Akbar’s reign is one of the golden ages of Indian history. A standardized tax system was introduced; there was agricultural prosperity and buoyant trade. Policies of tolerance were adopted towards a non-Muslim majority and Akbar himself took wives from Rajput families. His patronage laid the foundations for a remarkable synthesis of Persian and Indian cultural forms. 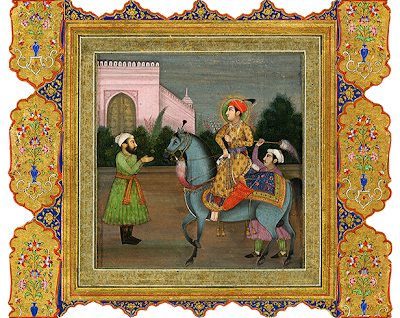 He presided over the development of Mughal miniature painting, which combined the traditions of the Safavid and Rajput schools. Under his son Jahangir (1605 – 27), Mughal painting reach its peak.Akbar’s red sandstone capital at Fatehpur Sikri expressed a striking synthesis of Islamic and Hindu architecture. The new style reach its climax under his grandson Shahjahan (1628 – 57), the builder of the Taj Mahal. 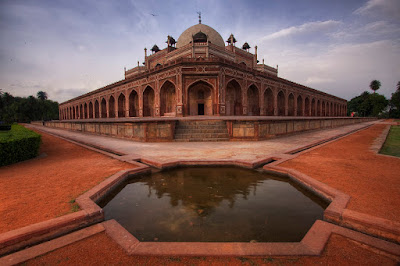 Akhbar’s political inheritance included a ceaseless thrust towards territorial expansion, especially southwards. Under Aurangzeb (1658 – 1707)this brought confrontation with a new Hindu power, the Marathas, a kingdom founded by Sivaji in 1674. By 1700 the Marathas were ravaging the land from the Deccan to Bengal. There was also open internal disaffection from Rajputs, Sikhs and Jats. 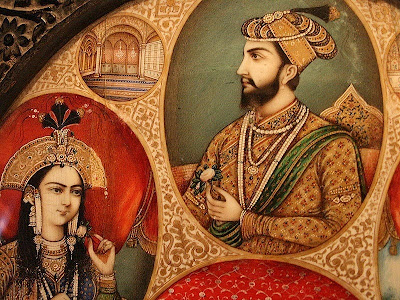 After Aurangzeb’s death the empire quickly declined. The finishing stroke came from Persia when Nadir Shah‘s army sacked Delhi in 1739. The former Mughal provinces of Oudh, Bengal and Hyderabad now offered only nominal allegiance to Delhi. In the south the Muslim state of Mysore grew into a formidable power under Haidar Ali and his son, Tipu Sultan. Over the course of the century the Maratha chiefs spread their territories deep into north, west, central and eastern India. The Mughal emperor became no more than a Maratha protege. Simultaneously, India was undergoing its first major invasion from the sea. By the 1760s the English East India Company, having both defeated the French and be granted control over the revenues of Bengal by the Mughal emperor, was firmly established on the Indian shore. In that moment, the Company was able to sustain an army of over 100,000 men. Through military victories over the Marathas and Mysore, it came to occupy a continuous band of territory. In addition, by a system of subsidiary alliances, its suzerainty was recognized by many Indian rulers beyond its actual borders. In 1803 the Mughal emperor himself accepted British protection. British supremacy was now widely acknowledged. 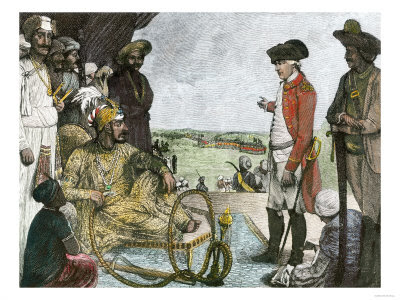 Book review: Europe: The Struggle for Supremacy, 1453 to the Present by Brendan Simms