Elite Viking funerals were like giant theatrical performances, according to new researches. Piecing together evidence from Viking art, mythology and archeology and from non-Viking historical texts, Aberdeen University professor, Neil Price, has concluded that drama formed a key element in Norse funerary ritual from at least the eight to the tenth century. 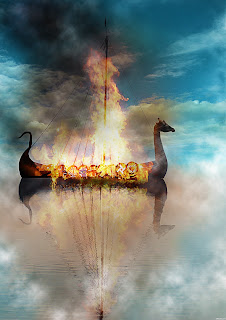 He believes that Vikings acted out scenes from Norse mythology – and from the dead person’s life. Indeed, he has concluded that there is a distinct possibility that some Viking mythology actually derives from dramatic representations of the lives and exploits of deceased heroes, performed at their funerals.

Some of the evidence comes from the Swedish Baltic island of Gotland where carved stones, erected to commemorate the dead, depict mythological stories.

Other research by Iceland-based Norse scholar Terry Gunnell suggests that many of these mythological poems actually contain detailed stage directions, indicating how people should move around, how they can move into and out of the action and what they should say.

The grave goods, which deceased was to take to the next world, may even have been used as dramatic props to illustrate key aspects of the story. 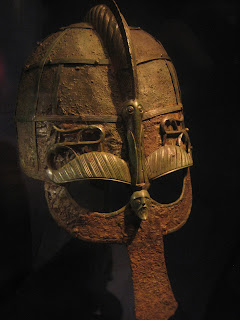 Viking funerals were extremely drawn-out affairs – sometimes lasting up to ten days. In some cases the dead individual was buried in a temporary grave. Then, after more than a week of feasting – and brewing and drinking a special alcoholic beverage – the body was transferred to a permanent resting place.