According to most accounts, Alexander “Sawney” Bean was a Scottish farm labourer born in about 1530 in Galloway. Soon after his marriage, and for reasons unknown, Sawney and his wife moved to live in the Bennane Cave. This cavern is over 200 metres deep and the entrance is covered by the sea at high tide. From this lair Bean ventured out to ambush, murder and rob unwary travellers. The bodies were brought back to the cave where they were butchered and eaten. Thus no evidence of the crimes was left. 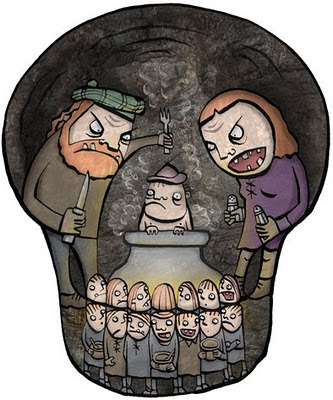 In time his eight sons grew old enough to help him in his work. The sons then had children by the six daughters to give Sawney and his wife 32 grandchildren. The whole clan lived by robbery and murder, eagerly consumed they victims. Eventually a man escaped an ambush and survived to raise the alarm. As more significant notice of the disappearances was taken, several organized searches were launched to find the culprits. One search took note of the telltale cave but the men refused to believe anything human could live in it. Frustrated and in a frenetic quest for justice, the townspeople lynched several innocents, and the disappearances continued. Suspicion often fell on local innkeepers since they were the last to see many of the missing people alive. A force of royal soldiers set out to hunt down the gang of outlaws. 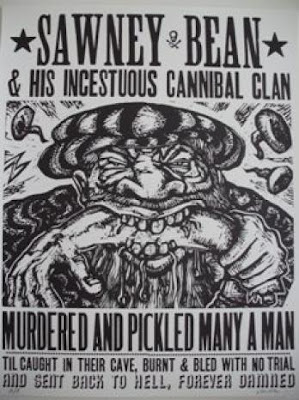 The clan was captured alive and taken in chains to the Tolbooth Jail in Edinburgh, then transferred to Leith or Glasgow where they were promptly executed without trial; the men had their genitalia cut off, hands and feet severed and were allowed to bleed to death, and the women and children, after watching the men die, were burned alive. (This recalls, in essence if not in detail, the punishments of hanging, drawing and quartering decreed for men convicted of treason while women convicted of the same were burned. Presumably—whether or not the story had an actual basis—cannibalism was considered the equivalent of treason.) 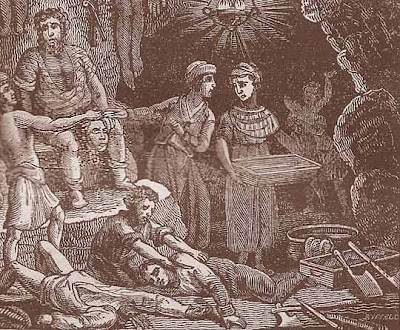 However, the tale can be traced back only to London chapbooks more than 150 years after the events they claim to describe. These cheap publications concentrated on lurid crimes, scandals among the nobility and other sensational tales. There is no earlier evidence that Sawney Bean existed, though it must always be borne in mind that absence of evidence is not the same as evidence of absence. Just because no earlier accounts survive it does not mean that Bean did not exist. 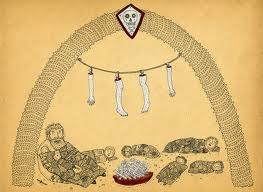 However, it is possible that tales of Sawne y Bean were based on the tale of an undeniably real cannibal-robber named Christie Cleek. Christie was a butcher who became a highway robber in the Grampians in 1341. He equipped himself with a sharp hook on a long pole (a cleek) with which he pulled travellers to the ground before killing and robbing them. He is said to have eaten cuts of meat from his victims when he was short of food. 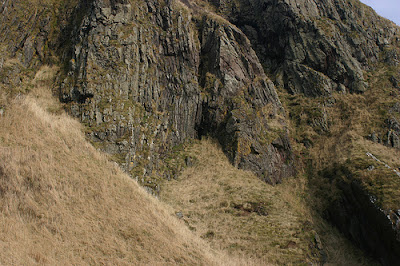 German New Guinea – How Germany lost its territory in Pacific